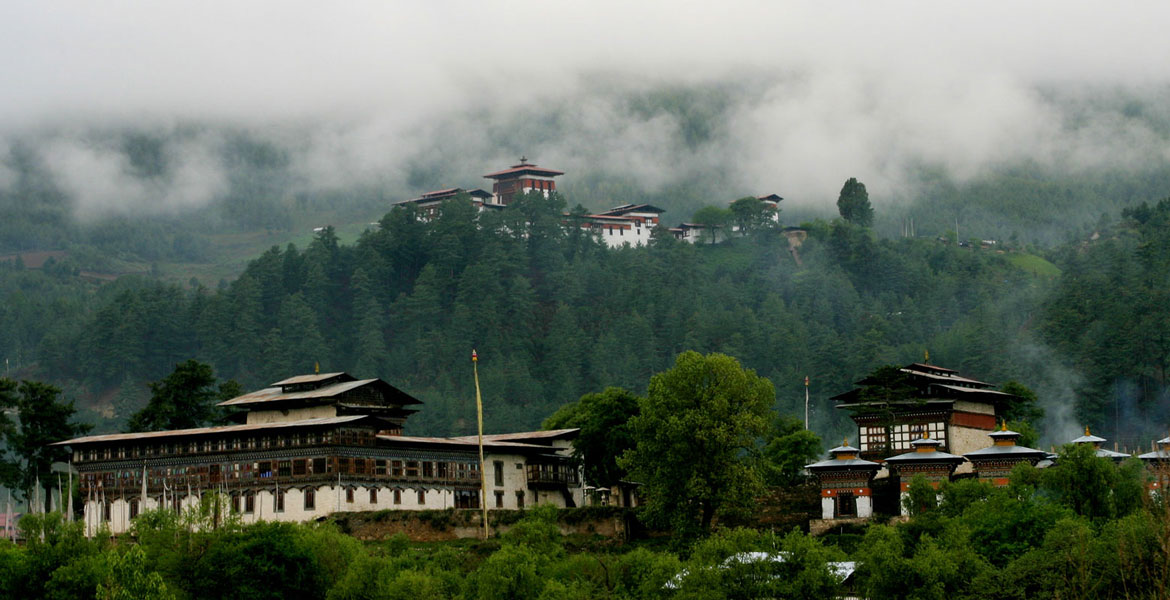 The Bumthang Cutural Trek explores the highlights of the Bumthang valley, the religious heartland of Bhutan, and home to some of its oldest Buddhist temples and monasteries. This gentle three-day trek passes through several villages on its route through Bumthang’s countryside of meadows, blue pine forests and mountains of scrub bamboo. It is perfect for the average trekker who wants to enjoy breathtaking mountainous views, visit remote sacred sites and meet with locals. It is especially recommended for lovers of nature. This trek also features a cultural tour through the beautiful western valleys of Paro, Thimphu and Punakha.

DAY 01: ARRIVE PARO – THIMPHU
The flight to Paro is one of the most spectacular mountain flights in the world, with a constantly changing panorama of some of the highest mountains on earth. Our representative will meet you at Paro airport exit doors following customs formalities.

After lunch enjoy afternoon sightseeing around Paro, including a visit to the Ta Dzong Museum housing many religious relics, works of art and handicrafts offering a great orientation into Bhutan’s historical, cultural, and religious past. Next, visit the Rimpong Dzong to see the painting of the great saint Milarepa, considered as the master of meditation by the Bhutanese and believed to have attained enlightenment in a lifetime. Dzong’s are large monasteries and district administrative centre’s, which were once strategic forts. Afterwards, drive to the capital, Thimphu (1.5 hours) following the Pachu River. Before dinner at the hotel there will be an orientation on Bhutanese etiquette by your guide. Overnight at your hotel in Thimphu.

DAY 02: THIMPHU
Once a rustic village sitting in a broad, fertile river valley, Thimphu is today the nation’s bustling capital. Enjoy a full day of sightseeing, including a visit to the National Memorial Chorten. This temple was first initiated by the Third King as a protection from the negative elements of modernisation, and as a monument to world peace. The Royal Queen Mother completed it as a memorial stupa for the Third King who passed away in 1972. Continue on to 12th century Changangkha Temple and Drubthob monastery housing the Zilukha Nunnery.

Other sites to visit include: the School for Arts and Crafts where students are taught the 13 types of Bhutanese art, The National Library housing the collection of Bhutanese scriptures dating back to the 8th century, the Traditional Paper Factory displaying the Bhutanese paper making process, and a fascinating replica of a medieval farmhouse at the Folk Heritage Museum. If there is time, you may visit the nursing pen for the Takin, the national animal of Bhutan, and Tashichhodzong, ‘the fortress of the glorious religion’. Initially erected in 1641 by Shabdrung Ngawang Namgyal, it was rebuilt in the 1960s during the reign of Bhutan’s third king in the traditional style, without plans or nails. Tashichhodzong houses some ministries, His Majesty’s secretariat, and the central monk body.

If your visit to Thimphu coincides with the weekend, you can walk through the Thimphu Market to see the variety of food of Bhutan, including basket upon basket of fiery chillies, cheese and a variety of greens. (This market is open only from Friday-Sunday). Overnight at your hotel in Thimphu.

DAY 03: THIMPHU – TRONGSA
Drive from Thimphu to Trongsa (7-8 hrs) over the Dochu-La pass (3,100m) and Pele La pass (3,420m) on the Black Mountain range. Enroute visit beautiful Chendebji Chorten. The Chorten was erected in the 18th century. The imposing Trongsa Dzong can be viewed across a deep canyon to signal your approach to the town around a curving road. Trongsa is the ancestral home of Bhutan’s ruling dynasty. Overnight at your hotel in Trongsa.

DAY 04: TRONGSA – BUMTHANG
Visit Trongsa Dzong, the largest Dzong in Bhutan and the Ta Dzong museum housing a collection of historical artefacts of the Royal Family. Afterwards proceed towards Bumthang (2.5 hrs), the spiritual heart of the kingdom. Bumthang is home to some of Bhutan’s oldest Palaces, Buddhist temples and monasteries. On arrival, visit Jakar Dzong (Dzong of the White Bird) and 16th century Tamshing Lhakhang containing ancient Buddhist wall paintings. After lunch visit Kurje Lhakhang, one of the most sacred places in the kingdom and 7th Century Jambay Lhakhang. Overnight at your lodge in Jakar, Bumthang.

DAY 05: BUMTHANG – NGANG LHAKHANG, 14km, 3 to 4 hours
The trek begins today. The route follows the Chamkhar Chu (river), taking us through meadows, forests of blue pine and scrub bamboo. We will pass by many villages and temples on this relaxing and easy day. Overnight camp. Altitude 2900m.

DAY 06: NANG LHAKHANG – UGYENCHOLING, 19km, 7 to 8 hours.
The trail ascends gradually through juniper forests towards Phephe La Pass (3360m). From there the path descends to Tang valley, finally arriving at Ugyencholing village (2850m). Camp overnight by the side of the river near village. Altitude 2670m.

DAY 07: UGYENCHOLING – BUMTHANG, 11km, 4 hours
In the morning, walk up to 16th century Tang Ugyencholing Palace, a beautiful private mansion which also houses a small museum containing an excellent overview of traditional rural life in Bhutan. On the way back we will visit the Mebartso (The Lake of Fire). It is here that Terton Pemalingpa (founder of the Nyingmapa sect) is said to have found treasure hidden by Guru Rimpoche in the 15th Century. He retrieved the treasure carrying a lamp which continued to burn even after being plunged into the freezing water. Legend says the key to Shangri la will be found here someday. This lake is very sacred, and on auspicious days many Bhutanese people go there to make butter lamp offering. Overnight at your lodge in Jakar, Bumthang.

DAY 08: BUMTHANG – PUNAKHA
After breakfast, depart for Punakha, the ancient capital of Bhutan. On arrival enjoy a stroll through the Punakha township. Overnight at your hotel in Punakha.

DAY 09: PUNAKHA – PARO
Visit Punakha Dzong, built in 1637 by the Shabdrung, the ‘Unifier of Bhutan’. It is situated at the confluence of the Mo Chu and Pho Chu (Mother and Father Rivers) and is the winter headquarters of the Je Khenpo and hundreds of monks who move en masse from Thimphu to this warmer location. The three story main temple of the Punakha Dzong is a breathtaking example of traditional architecture with four intricately embossed entrance pillars crafted from cypress and decorated in gold and silver. It was here in 1907 that Bhutan’s first king was crowned. Afterwards drive back to Thimphu where you will have an opportunity to visit handicraft and souvenir stores. Afterwards proceed to Paro. Overnight at your hotel in Paro.

DAY 10: PARO
After breakfast hike to Taktsang Monastery. The walk of approximately 1.5 to 2 hours uphill takes you almost a kilometre above the Paro valley floor (for those who cannot hike we will arrange a horse for transfer up to cafeteria). The view of Taktsang Monastery built on a sheer cliff face 900 metres above the valley floor is a spectacular sight. The Monastery is also an important pilgrim site for the Buddhists. The great Guru Rimpoche is said to have flown here on the back of a tigress when he brought the teachings of the Buddhist Dharma to Bhutan in the 8th Century. Nearby there is a teahouse where you can stop for refreshments before returning to Paro for lunch.

In the afternoon drive to the ruins of the 17th Century Drukgyel Dzong, built to commemorate a victory against invading Tibetans in 1644. In fine weather the towering peak of the sacred Mount Jomolhari (7314m) appears as a stunning backdrop. On the return drive to Paro, visit 7th Century Kyichu Lhakhang, one of the 108 temples constructed by the Tibetan king Songtsen Gampo.Alternatively, day 10 could be spent on a day trip to the Haa Valley, one of the most picturesque districts in Bhutan. Reached via the beautiful Chelila Pass, Haa Valley is characterised by its surrounding rugged and mountainous terrain. Overnight at your hotel in Paro.

DAY 11: DEPART PARO
Breakfast in the hotel, then drive to the airport for flight to your onward destination.
Tashi Delek.